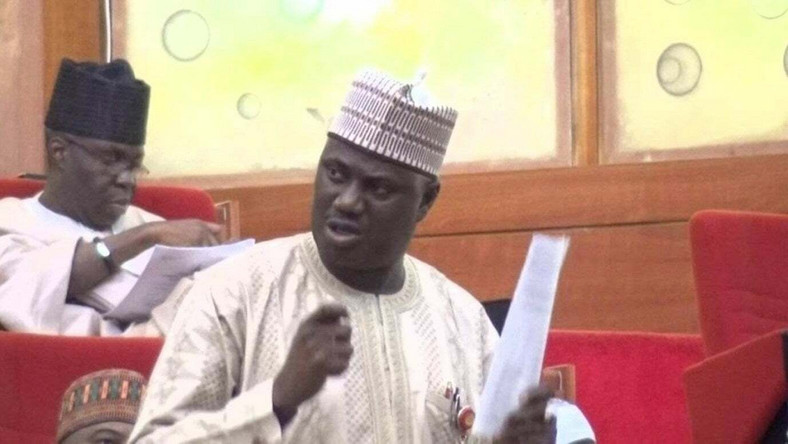 Both lawmakers are sponsors of the controversial social media and hate speech bills.

Senators Sani Musa (Niger East) and Sabi Abdullahi (Niger North) are lamenting the take-over of their state by bandits.

Recall that both lawmakers are sponsoring the controversial bills to regulate social media and prevent hate speech respectively.

Speaking at plenary on Wednesday, December 4, 2019, Musa alleged that Nigeria’s security architecture in his constituency has “failed”.

“There are no security agencies intercepting them. You cannot imagine the victims I have seen; they will hardly survive because they are all having injuries from gunshots,” the senator cried out.

“So I’m bringing this matter of urgency to this hallowed chamber to rise to this occasion because the insecurity is becoming alarming and if we should allow it continue and we feel safe here, we are not safe. I’m putting this motion so that something drastic can be done.

“I will want this house to resolve in calling the security chiefs to order. The security architecture in that area is not working. The bandits from Katsina, Zamfara are all in Niger state.”

Side-effect of the Zamfara strategy?

Senator Abdullahi, sponsor of the hate speech bill, claims Niger state “is at the receiving end” of the efforts made by Zamfara government to rid its state of the bandits.

“Niger state is bordered by Kebbi, Zamfara and Kaduna. We all know Zamfara state was embroiled in this banditry. The effort made in that state is making life unbearable [in Niger],” he said.

“In my senatorial district, Makama local government is bordering Zamfara state. We should find a way of looking at this thing holistically.”

Thereafter, the Senate called on the service chiefs to enhance security in the state. There was also a call to the federal government to provide relief materials to those affected by the attacks

US warns citizens in Nigeria

I’ll Be Stepping Down In 2023, Buhari Insists