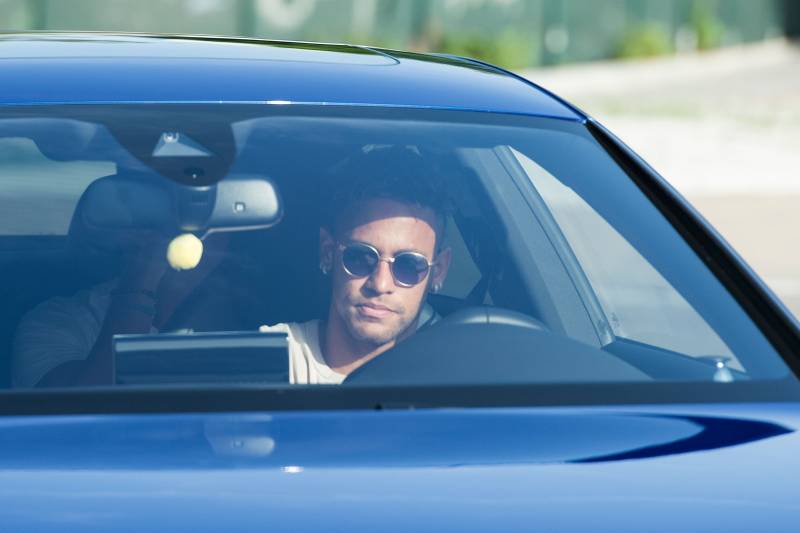 Neymar has reportedly agreed to a contract with Paris Saint-Germain, and his proposed move from Barcelona to the French capital could be worth a gargantuan £450 million in total.
According to Sky Sports News, the deal will run for five years:
As Ed Malyon of The Independent reported, Neymar’s transfer fee alone will cost PSG a record €222 million (nearly £200 million), as that’s the value of his buyout clause.
Sky Sports’ Bryan Swanson provided an update on what his wages will look like:
Per Sport, Neymar has already said goodbye to his Barcelona team-mates. Lionel Messi took to social media to say his goodbyes, and per Bleacher Report Football, the Brazilian responded:

The transfer will smash the current record for largest in history the moment it goes through, with Manchester United paying Juventus less than £100 million for Paul Pogba last year. According to Liam Prenderville of the Daily Mirror, the Frenchman’s initial wages were “just” £165,588 per week.
It’s a huge commitment from PSG to a player widely regarded as the third-best in the world behind Messi and Real Madrid‘s Cristiano Ronaldo. For Neymar, the move will present an opportunity to carve his own path, away from Messi and a Barcelona team that has been hugely successful the last few seasons.
Post Views: 33
0 comment
0
FacebookTwitterPinterestLinkedinTumblrWhatsappTelegramEmail