The teenager was a 19th-minute replacement for injured Sead Kolasinac in Arsenal’s 3-2 comeback triumph over Everton at the Emirates.

Saka made his impact felt eight minutes later after teeing up Eddie Nketiah for the Gunners’ equaliser after the visitors’ shock first-minute lead.

In the process, he is behind Everton’s Francis Jeffers as the youngest player to assist in consecutive English outings. 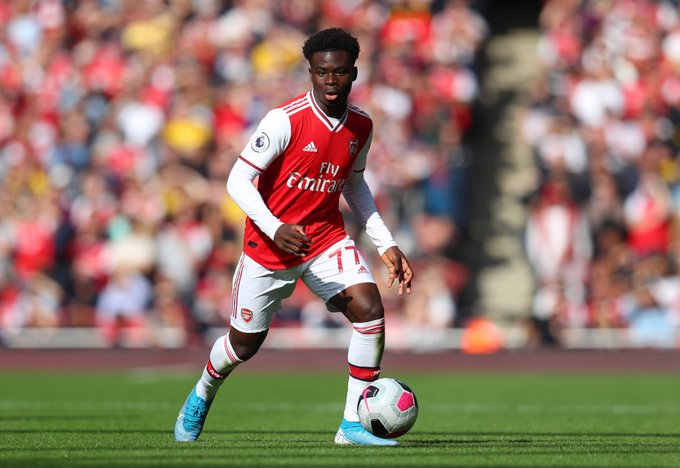 Since his promotion to Arsenal’s senior squad, the Anglo-Nigerian has turned heads with his impressive showings that saw him bag 10 assists across all competitions this term.

It will be recalled that Saka became the player with most Europa League assists this season after aiding Alexandre Lacazette’s goal in the 1-0 win at Olympiakos on Thursday.

Arsenal Torreira out with fractured ankle