TRENDING NEWS
Your collection is wack” – Davido’s team part, Obama DMW conceals Wizkid?
Wizkid ignores Davido’s tweet, acknowledges Burna Boy, Yemi Alade, others
Nigerian Lady Goes Under The Rain To Help School Children Cross A Flooded Marke
How Desmond Elliot allegedly cheated on his wife with Sophie Alakija’s elder sister who has...
I can’t remember the last time I ‘made love’ with a woman – Davido
Lady narrates how motivational speaker got into the pants of 16 ladies from the same...
Yahoo-yahoo is responsible for low rate of cultism, robberies in Nigeria – Seyi Awolowo
Entertainment executive, Davido has agreed that actor turned politician, Desmond Elliot, is a proof that...
Somebody died in this accident” – Craze Clown breaks down in tears following car crash...
“How heartless can people be?” – Lady laments after seeing COVID19 sticker on the carton...
Home NEWS Exams suspended in Unilorin because of coke bottle
NEWS

Exams suspended in Unilorin because of coke bottle 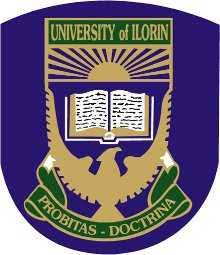 This was written by a student In the department of Geography and Environmental Management Unilorin
Yesterday, we had an exam for 3 – 6pm. We finished, submitted and on our way out, one of my colleagues took one of the PET Coke bottles the lecturers were drinking
. I had already left the department by the time time the lecturers found out. They were really angry and said we wouldn’t write today’s paper until we all bought a bottle of plastic Coke each. I was told last night and thought it was a joke but when we got to the department for the paper this afternoon….. The drama itself.

One of the lecturers that was there yesterday insisted that we all should go and buy the Coke before we would be allowed into the exam hall but the lecturer in charge of the course said we should get in the hall and write the exam but we should bring the Coke 8 am tomorrow. There were 83 of us in that hall yesterday and that would be 83 bottles of small solo Coke.
We all settled in and the answer script were distributed, soon after, we got the question papers and we all started the exam, about 10mins into the paper, the HOD came in and sent us all out to go and buy the Coke (don’t forget sir that we had all seen the exam questions already!) we all left LR 5(the exam hall we were using) and went downstairs to buy a bottle of Coke each after which we dropped it in front of the class and wrote down our matric numbers on a brown envelope. The lecturer in charge of the paper was visibly annoyed as he knew students would have taken advantage of the free time to discuss and check their notes.

The HOD also doubles as the school’s ASUU chairman and the Dean of student affairs (who is also a lecturer in my department) came in and said we’ve all been reported at the SA and may face panel soon…… Over a missing bottle of plastic solo Coke sir.
It was quite funny and bizarre, I’m not sure if it’s news worthy.

J.COLE WILL BE PERFORMING IN LAGOS NEXT MONTH AND THE INTERNET IS LOSING IT