TRENDING NEWS
Nigerian Lady Goes Under The Rain To Help School Children Cross A Flooded Marke
How Desmond Elliot allegedly cheated on his wife with Sophie Alakija’s elder sister who has...
I can’t remember the last time I ‘made love’ with a woman – Davido
Lady narrates how motivational speaker got into the pants of 16 ladies from the same...
Yahoo-yahoo is responsible for low rate of cultism, robberies in Nigeria – Seyi Awolowo
Entertainment executive, Davido has agreed that actor turned politician, Desmond Elliot, is a proof that...
Somebody died in this accident” – Craze Clown breaks down in tears following car crash...
“How heartless can people be?” – Lady laments after seeing COVID19 sticker on the carton...
I wanted to share looted palliatives on my birthday – Lawmaker SOB Agunbiade
Zahra Buhari shares post stating that Buhari shared Covid-19 palliatives and is not Nigeria’s problem
Home Entertainment DIARY OF A UNN FUCK BOY
Entertainment

DIARY OF A UNN FUCK BOY 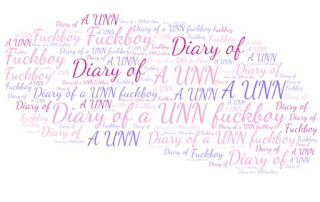 “Christian is this your definition of low key party?” shouted Chukwuma over the loud noise coming from the stereos with the large number of people whom he could not even identify. “Chillax school boy and drink your punch” replied Christian as he poured some drink into a disposable cup for Chukwuma, “now go talk to your girl I just gave you a shot of testosterone, so go get yourself laid.”  Christian then gave Chukwuma the drink which he gulped down immediately, suddenly he started feeling tipsy, over whelmed by a sudden surge of morale and everything seemed to be spinning 360 round him, he then realized the drinks might have been spiked and took a sit to pull himself together when suddenly his crush Precious came over.
“Hey nice party, would you like to dance with me?” asked presh as she dragged Chukwuma up without waiting for an answer; “I guess you won’t take no for an answer” said Chukwuma as he staggered to the dance floor.
“You know you do look good this night?” said Chukwuma who was still tipsy but was still holding an extra cup of punch hoping to impress Presh and seem tough. “That’s so sweet, congrats on your admission by the way heard UNN is a hard school to get into” Presh replied also blushing and tipsy which was also caused by the punch she was drinking.
“Heard you also made it to UNIZIK to study mass communication, so congrats too and I do hope we still get to see each other when we come back for the holidays”
“Well we would see chuks, also I didn’t get you a parting gift so what about a goodbye kiss?” suggested Presh.
“Well this might be the alcohol talking but I having been waiting to do that ever since I met you”. Chukwuma didn’t need the gods to tell him that he needed not to blow this up so he leaned forward and started kissing Presh, at first it felt normal, then it started feeling really good then it felt as if the music stopped and everywhere was silent except for the fact that the last part was no longer a feeling and the music had really stopped and then he felt a hand touch him at the back; he turned back angrily wondering who could have decided to disturb him at that very time, only for him to turn back and meet face to face with his equally angry looking parents face…………………………

Interesting. Please take time to edit the story before posting. Looking forward to more. Great job! keep it up.