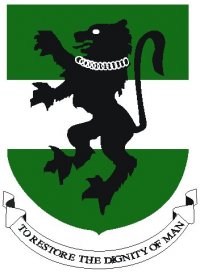 Fundamental greetings to all lions and lionesses, it is with ambivalence that I inform my fellow citizens of lion’s republic of the latest happenings in our union.  It is no longer news
that The President, Vice-President, and director of transport have been impeached, what matters now is how the 33 thousand armless battalion matches on to greater heights. We can’t turn the hands of time,  but we can do better by moving forward and making our union stronger, we are stronger when when we are united.
The polity is already  heated up, but the welfare of our fellow students remains of utmost importance,  and as such, we preach calm as we undergo this transition. I don’t have the right to, but I do ask you one last time, to stand with us as weather this storm together. You started this journey with us, and we are finishing it together.

*SUG secretary General*
*OPEN LETTER TO ALL LIONS AND LIONESSES*
Fundamental greetings to all Lions and Lionesses. I welcome us all to a new session, a new beginning, a fresh cycle.

It is indeed pitiable that the newness of the session is muddled with the carryover of the inept SUG administration which we have had to put up with for this long.

I have resolved in the spirit of newness, to uncover the can of worms that our SUG President, who swore an oath of allegiance to protect our interests, has covered for so long.
For starters, I am certain that 70% of students in the den, have never seen the face of the man who they handed over the mandate to represent them and protect their interests. For the first time in the history of Student unionism, the SUG President upon victory, never thought it wise to go on an appreciation tour around hostels, neither has there been any symposium like a Congress to address the students or understand their plight. How can someone represent students who barely know him? How can he represent students who he has distanced so much and barely knows their challenges?

It turns out however, that Ezeja Joshua is in no way a Comrade, but a “Comraid” whose only goal as SUG President is to come and raid the treasury of the union, to enrich his poor family and so, has the representation of students as the least of his worries. I wonder if it is a crime to vote a young man from a hopelessly poor background to an exalted position. Hidden behind the veil of his smiling face, is a devilish monster who will stop at nothing to enrich his pocket.

The SUG gets an annual income of about 14 million naira, which should serve for payment of salaries and allowances of all members of HoR, Senate, Executives and should also cover union projects. It will shock you to know, that Ezeja Joshua (who doesn’t deserve the title of Comrade), has singlehandedly in a plethora of fraudulent deceptions, successfully pulled off over 5 million naira from the union account, while tactically delaying the approval of budgets of the union. This amounts to over 35% of the whole union’s budget having left the account, into the coffers of one person. It is shocking that over 8 months into an administration that should last just 12 months, the President has failed to successfully get take off grant, delivered to either the HoR, Senate or any of his executives, to run their office. Rather, in his insatiable greed, continues to eat deep into the budget. Permit me to furnish you with facts.

1. 1.4million naira was approved and signed to the SUG President for a trip, which he deceived the administration, to attend a NANS conference in Ghana alongside all his executives. Alone, he siphoned all that money, as all other executives were seen all on campus between 5th and 9th of July was the trip supposedly took place. This is without the HoR’s knowledge, talk less of approval of any budget for the trip.
2. The President has fraudulently written and gotten approval for funds with fake NANS letter heads, for virtual events, conventions and pre-conventions. One was a trip to a NANS Pre-convention, for which he requested and got N440, 000 for a two-day trip to Aba. On another scam trip, he requested and got N930, 000 for an African Students Summit in Accra.
3. The President was given N500,000 to host UNN students for his father’s burial. It will shock you to know, that up until now, there is no true date known to any student, when his father was buried or where the burial happened. Matter of factly, nobody knows if there was any such thing as his father’s death. It is more questionable, when the President went on rampage, deceiving people, begging and borrowing for funds to bury his father, even when funds had been given to him from the union’s purse.

The scriptural saying that the heart of man is evil and desperately wicked, was manifested in the SUG President who inspite of his overwhelming embezzlement of union funds, decided to connive with the administration, to impose jackets on all students. In the light of rumors that School fees will be increased and the pleas and expectations of students, that their representatives will protect their interest, the SUG President didn’t just stop at doing nothing to combat the increase in fees, he decided to add N4,000 to every student’s school fees, for a compulsory jacket, which will be produced and distributed by himself alone. All these, were without the notice or approval of either his executives, the Senate or HoR. It only came to light when the lid was blown by some of his close loyalists, who had come to terms with the fact that they were surrounding a monster, and decided to back off.
The HoR had then, instead of suspending the President outrightly, merely put a restraining order on the imposition of the jacket. Otherwise, we would all have resumed to see N4, 000 added every student’s school fees, to the merriment of the SUG President.

Inspite of the restraining order, the President still made an attempt to even broaden the scope of production of the jackets, to cover UNN and UNEC campuses, in an attempt to drive the matter off the hands of the HoR into the Senate, whom he thought he had a sway over. Fortunately for Lions and Lionesses, true Lions were personified in Comr. Ejike Confidence (SUG President, UNEC) and the Senate President, Sen. Izuchukwu Asogwa, who valiantly fought the wickedness of an idea to a standstill.

There are still speculations all around, that the SUG President has a grand plan with the administration to increase school school fees and get a cut for himself. Beloved, from his “grandstanding” so far, isn’t it plausible, that the president has accepted the offer, constituting an abuse of office and gross insubordination to the students?

So far, no good has come out of this administration, not because other executives aren’t doing anything to better the welfare of Nigerian Students, but because every time an executive requests funds and the funds are released to the union’s account, the President who is a compulsory signatory to the account, will insist on getting up to 40-50% of the released funds before signing. Consequently, the executives are often left stranded and unable to complete their projects.

The President in collaboration with the Director of Transport, organized themselves in a grand scheme to commercialize the union’s bus when students were returning home. In one of the trip
s from Lagos, the bus was involved in a fatal accident that hospitalized a few persons and damaged the bus beyond recognition. They shrouded the incident in secrecy and applied for a whooping six hundred and eighty thousand naira from the union’s purse, to repair the bus. This money was shared between both of them,  while they carried out a shabby repair.

To cap it all up, the President has begun the commercialization of the union’s mandate in secular elections and has begun parading the union’s bus on different parties’ campaign grounds, collecting petty funds from politicians, to the detriment of the name of our prestigious institution.

Furthermore, in a grand conspiracy with the administration, the President and his two key loyalists and collaborators, lobbied to have a trip to Sweden organized for them, all expenses paid from the union’s purse. On the day of their departure, they were each given N750, 000 for a luxury trip tol Sweden, a trip that in no way benefits Nigerian Students or serves the union in no way. This N750, 000 is outside the money allocated for their flight ticket, accommodation and other expenses involved in the trip.

I bring it to the notice of the House of Representatives that while they remain in their slumber and “solidarity to the executives”, the union is being raped dry every single passing day. In fact, there just might not be any money left to pay the House of Representatives or Senate, talk more of executing any union project because over 8 million naira has left the union’s purse. The way things are going, this is by all means, the worst administration in the history of SUGs in UNN.

*A concerned Lion*
*Rebroadcast as received*

Tips on How to Successfully Have a Full University Experience